“Statistical forms for data collection in key institutions, such as the National Statistics Committee, the Ministry of Interior, the Ministry of Health, the Supreme Court and crisis centers have been reviewed and updated. This will allow us to keep track of the situation, analyze trends and develop targeted measures to prevent and respond to these serious crimes”, noted Roza Bekmatova, Head of Gender Policy at the Ministry of Labor and Social Development.

In 2017, the Government of the Kyrgyz Republic set up an interdepartmental working group to assess the effectiveness of existing methodologies for data collection on gender-based violence and human trafficking and make recommendations for improvements based on the newly adopted Law on the Prevention of and Protection against Family Violence and the Law on the Prevention of and Fight against Trafficking in Persons.

“The new reporting formats contain several important innovations. For example, State bodies will start collecting data on the type of abuse suffered. This can range from physical and psychological violence to abuse of an economic nature when the victim’s access to and use of financial resources, property, or other assets is restricted”, stated Vera Tkachenko, UNODC International Manager. “The new system will also provide authorities with better insights into the prevalent forms of exploitation suffered by victims of human trafficking”, she added. 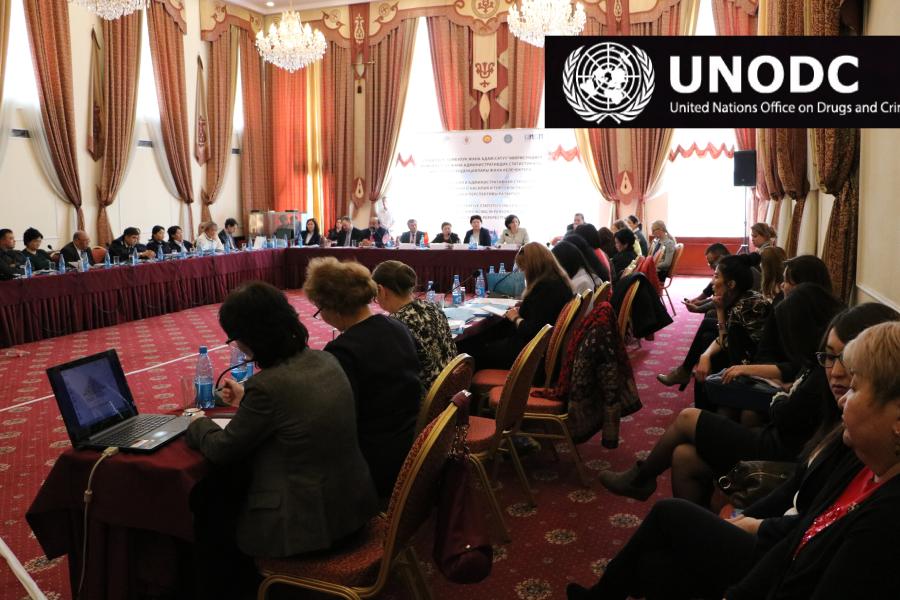 Concerned State bodies have already adopted internal instructions to start collecting data based on the new reporting formats. Training of government officials and other stakeholders on the new methodology for data collection is foreseen. The first statistical report on the prevalence of gender-based violence and human trafficking and the criminal justice response to these crimes is due in 2019.

“The Government of the United States applauds the efforts by Kyrgyzstan’s authorities to improve the availability and quality of data on gender-based violence and human trafficking”, stated Sandeep Paul, Director of the International Narcotics and Law Enforcement Section at the U.S. Embassy in Kyrgyzstan, who spoke at the event. "Reliable statistics on these and other crimes are critical for measuring changes in crime levels and to monitor state responses to crime. In this manner, countries like Kyrgyzstan can also track progress towards the targets of the Sustainable Development Goals”, he stressed.

UNODC, with funding provided by the U.S. Government, supports Kyrgyzstan’s national institutions in the production of crime and criminal justice statistics within the framework of the 2015-2019 UNODC Programme for Central Asia.