Over the next five months, WFP will use this contribution to support nearly 100 projects aimed at rehabilitating irrigation networks and cropland and boosting agricultural production, forest expansion, and the construction of bridges and drainage systems. In addition to various training activities (sewing, handicrafts making, beekeeping, cooking, etc.). These will protect the environment and strengthen the communities’ capacity in Osh, Jalal-Abad, and Batken provinces.

Families will receive food assistance in form of 150 kg of fortified wheat flour and 15 liters of vegetable oil to meet their basic food needs and to cover the lean season gap to support their food security and nutrition.

“This new contribution is part of Russia’s long-standing support for the most vulnerable people in the Kyrgyz Republic,” - said Luc Patenaude, Head of WFP office in Osh city. “It will help WFP strengthen social safety nets and build the longer-term resilience of vulnerable rural communities by improving families’ food security and nutrition, increasing production, and raising their incomes. ”

“The Government of the Russian Federation has supported vulnerable communities in developing countries over the past decade. As WFP’s principal donor in the Kyrgyz Republic since food assistance activities were launched in late 2008, Russia has been continuously supporting WFP projects and supporting hundreds of thousands of Kyrgyzstan’s poorest people,” - said the Consul General of Russian Federation to in Osh city Roman Viktorovich Svistin.

The Russian Federation is the largest donor to WFP in the Kyrgyz Republic, funding and providing broad technical and expert support. Since 2008, the Government of the Russian Federation has supported WFP's activities in the Kyrgyz Republic at various levels, from emergency operations, relief and recovery, development projects, and to supporting poor households and schoolchildren.

During the pandemic, WFP, with the support of the Russian Federation, sustained its operations across the country and continued to support people who were most in need because of a social-economic crisis. WFP and the Russian Federation recommit their support to Kyrgyzstan to ensure food security for the country’s most vulnerable to recover from this difficult period to lead productive and healthy lives. 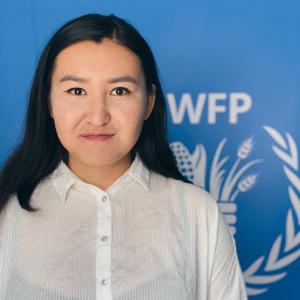