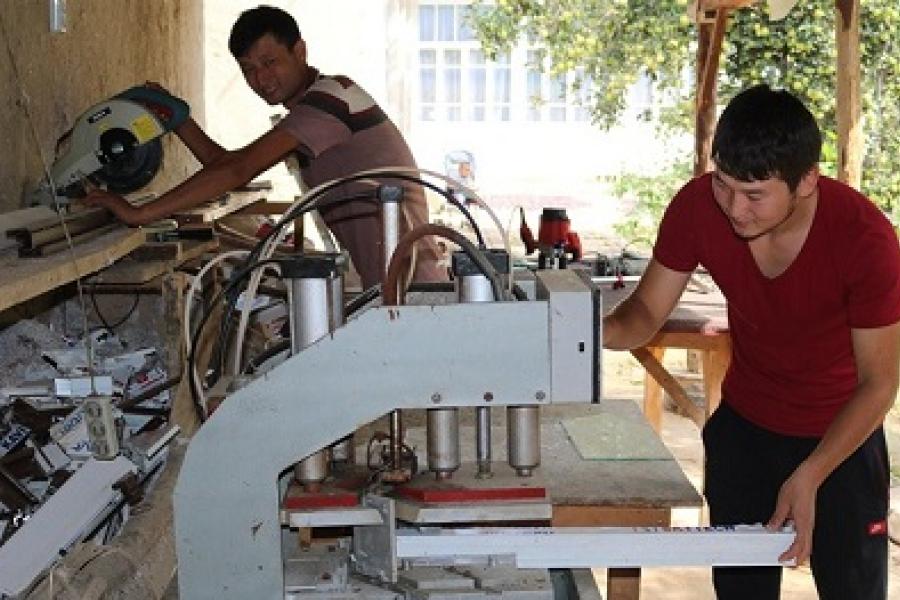 He is an initiator of the successful project on creating the plastic windows and doors manufacturing workshop. This specialized workshop is the first in Yzar village, where there are 3173 residents, and it becomes more popular day by day among the villagers. For him, the UNDP project “Youth for peaceful change” at the expense of the UN Peacebuilding Fund has become the main tool to achieve his ideas and funding, that gave him an opportunity to not only become independent but also widely share information about the opportunities for active youth.

Even about two years ago, after graduating the high school, Bekzhan like many of his peers left to work in Russia. As it often happens, he didn’t find a job immediately. Later on, he found the job through his acquaintance in the plastic windows manufacturing workshop, where the idea of creating a similar workshop in his native village was born. Despite the fact that this trend is quite common in the cities of Kyrgyzstan, as a business, it wasn’t very attractive in the rural region.

“Upon arrival, exploring the market and demand, it so happened that I met my current business partner who was already trying to design and assemble the windows and doors made of plastic. The idea of the workshop brought us together, and when we learned about the possibility of obtaining grants for business start-ups, we have applied for participation in UNDP project "Youth for peaceful changes". When we first started, we were more called a group of enthusiasts rather than entrepreneurs"-says Bekzhan.

Bekzhan’s workshop is an example of a “garage start-up” in the literal sense. The first samples were designed and collected in the garage of his house. “We didn’t have any serious production experience, but, of a cause, we had some general idea on how to produce plastic windows and doors, as we have had worked with such equipment for a while. In addition, I had the confidence that we won’t have problems with the sale of our products because there is no other such workshop in the whole village. Now, of course, we are no longer the "garage workshop", with which we began a few months ago. We have already changed the space, as the number of orders is increasing every day"- happily shares with us Bekzhan.

The team and the workshop moved to a new place recently, just a month ago. It is located on the main street of the village, which helps residents to find out about it more. There are five people are employed in the workshop today, including equipment support technician, foreman, workers, installer and business contacts are established with the suppliers of consumables. The first products were manufactured in the workshop on the same month when Bekzhan and his team received the equipment, it was in June 2016. According to him, the team members tried their best to finish their first order on time and without any shortcomings, because, as it is known, there is no second chance to make the first impression. So, this is how the start of the business took place. Since June 2016 to October 2016 there were plastic products manufactured for the total amount of 1mln KGS.

In addition, this summer Bekzhan participated at the Republican Youth Business Forum held in Jalal-abad city, where he delivered his story, learned and was inspired by many others. "For me, it was a great experience! I learned so many interesting things, made many new friends in country-wise, with whom I still keep in touch and share tips because we all face similar challenges. Moreover, participation in such events is another opportunity to tell about our business "- says Bekzhan.

To the question what the most difficult was at the start, Bekzhan replied: "I think we were very lucky. We did not have to punch the wall with the head, break bureaucratic barriers etc. - it was enough to apply for UNDP project. Of course, time to time we have production difficulties. It is one thing to assemble a team of "enthusiasts" like me, and quite another - to organize a business. Plus we need to improve the design of our products in parallel, to resist any shortcomings and be competitive in the market, so that our villagers did not go to the city and neighboring areas, but order with us here in our village"- he says.  Above it, all Bekzhanov and his team still have to work hard. We wish him success in all his future endeavors! 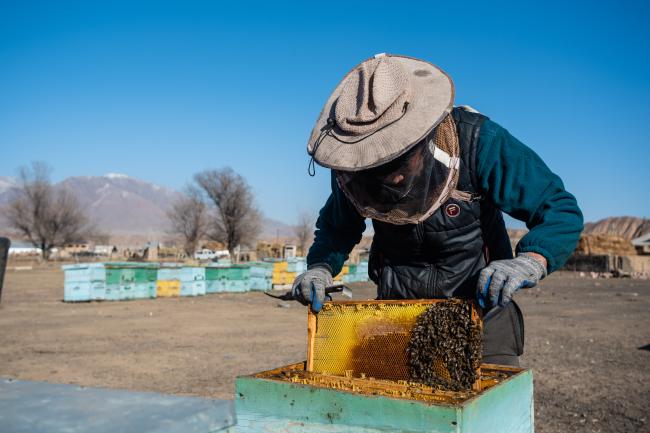 These are some of the peacebuilding activities currently taking place in Kyrgyzstan.

The United Nations Peacebuilding Fund in the Kyrgyz Republic