The Future of Development is Digital

On the International Day of Family Remittances, Renate Held, IOM Regional Director for Southeastern Europe, Eastern Europe and Central Asia, and Simone Giger, Head of SDC’s Global Programme for Migration and Development, look at how the financial sector can contribute to an equitable recovery.

“Luck would not have happened without misfortune’s help.”

This traditional saying could eventually prove a true outcome for the plight of migrant workers and their families during the COVID-19 pandemic.

As borders slammed shut and migrant-dependent industries wound down, the extensive labour migration networks across Central Asia and the Russian Federation evaporated. This sucked countless millions of dollars out of economies that rely on remittances for up to 30 per cent of their GDP.

Migration isn’t just an option in this part of the world: it’s a necessity. The Russian Federation relies on the ten million migrants it hosts to fill jobs at all skill levels. Many Central Asian countries count on labour migration both as an employment strategy, and as a key contributor to their socioeconomic development through the transfer of remittances. These reduce poverty rates in the region by over five percentage points and benefit the poorest regions the most.

During COVID-19, remittances dried up just when they were needed most. Remittances in the Europe and Central Asia region fell by almost ten per cent in 2020, compared to only 2.4 per cent globally.

New research published by the International Organization for Migration (IOM) and the Swiss Agency for Development and Cooperation (SDC) reveals that two out of every three Central Asian migrants surveyed in the Russian Federation were negatively impacted by COVID-19. Fully 77 per cent stated they had to either reduce or stop sending remittances altogether, with women migrants being the worst impacted.

COVID shockwaves necessitated an immediate and robust humanitarian response. IOM and SDC reacted with direct support to over 3,000 stranded and returned migrants and their family members, and have worked to ensure that these groups have access to safe and reliable money transfer mechanisms.

Dedicated advocacy efforts were needed to raise awareness about the importance of remittances as a crucial lifeline for millions of households worldwide as well as for economies of low- and middle-income countries. Switzerland and the United Kingdom, joined by the IOM and others, launched the global Call to Action “Remittances in Crisis: How to Keep Them Flowing”, urging governments and industry to protect remittances during lockdown.

While the potential of remittances to lift people out of poverty has been known for a long time, the past year has shown just how important they are as a safety net for households and economies. The COVID-19 crisis accentuated a crucial question: What can be done to reinforce the key role of remittances as a tool for resilience and as a catalyst for development?

Today, International Day of Family Remittances, is the perfect time to address that question.

During our research, when we asked migrants who had returned to their countries of origin about their regrets, the overwhelming response we received was: “I wish I had managed my money better and saved more”.

The digital revolution offers great opportunities to use remittances as a gateway towards financial inclusion, and thus towards achievement of the sustainable development goals (SDGs).

Almost 61 per cent of Central Asian migrants who replied to our survey in the Russian Federation already use digital platforms to send remittances home. However, the vast majority of recipients in Central Asia still receive cash, either through money transfer operators or banks. This often excludes them from other services such as financial literacy programmes, insurance programmes, or savings accounts.

Digital identity cards and financial services can help address this by making sending and receiving money easier, and the infrastructure needed for this to flourish is largely in place. Four out of five Central Asian migrants interviewed in the Russian Federation have a smartphone and access to internet, and own bank cards.

But there are behavioral challenges to overcome, as recipients need to feel comfortable using new services. Our research showed that only 29 per cent of people in the region who could receive remittances digitally, actually did so. This is a significant gap that needs to be bridged.

Crucial allies in this will be the banks and other financial institutions, who will have to grow to understand the needs and circumstances of migrants and their families in order to develop appropriate products and services. During lockdown, IOM and SDC started to build these alliances, working with Central and commercial banks.

IOM and SDC believe that financial ecosystems must be improved for the benefit of migrants, their families, and their communities, so that remittances can work more effectively towards creating sustainable livelihoods.

Through this engagement, we are optimistic that we can use the crisis as an opportunity to promote and further the inclusion of migrants and their families in the digital revolution and turn their current misfortune into eventual luck.

The Future of Development is Digital 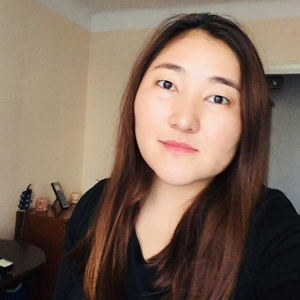