The national campaign for the World AIDS Day 2021 started on 26 October and ended on 5 December 2021.

In Kyrgyzstan the overall message of the campaign was “Your Health - Your Rights - Your Responsibility”. 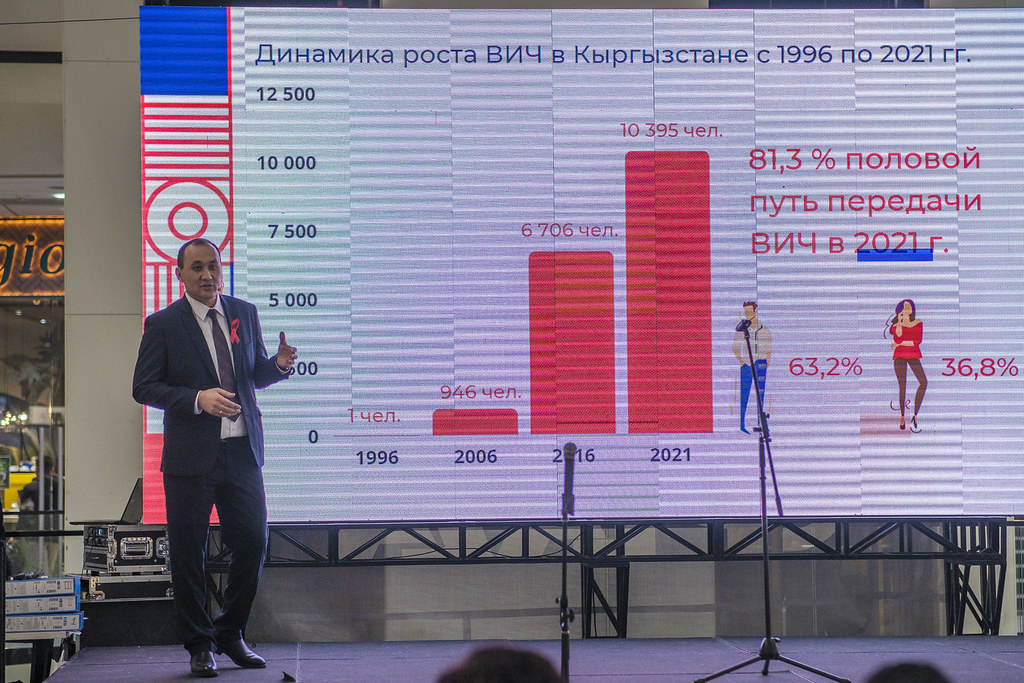 “This year we talked not only about health, but also about people’s rights and their responsibility for their health. We all know that everyone has the right to health, while exercising of this right is up to us. We want everyone to take care and bear responsibility for their health. Today HIV infection is not a court sentence. Modern and effective treatment is available in the country. However, in order to timely identify the HIV status, one needs to be tested. Rapid saliva testing for HIV is widely available at all health facilities. If you want to know your HIV status, you just need to make this test,” explained Mr. Aibek Bekbolotov, deputy director of Republican AIDS Center.

The Republican AIDS Center campaign was supported by the national partners and the UN agencies in the Kyrgyz Republic. Rapid HIV testing was organized at the “Frunze” hypermarket chain and over 400 people were tested for HIV. Informational and educational materials were produced, lectures were held at educational institutions in the country as well as contests for journalists and medical bloggers; seminars in Bishkek and Osh for religious leaders were also arranged. 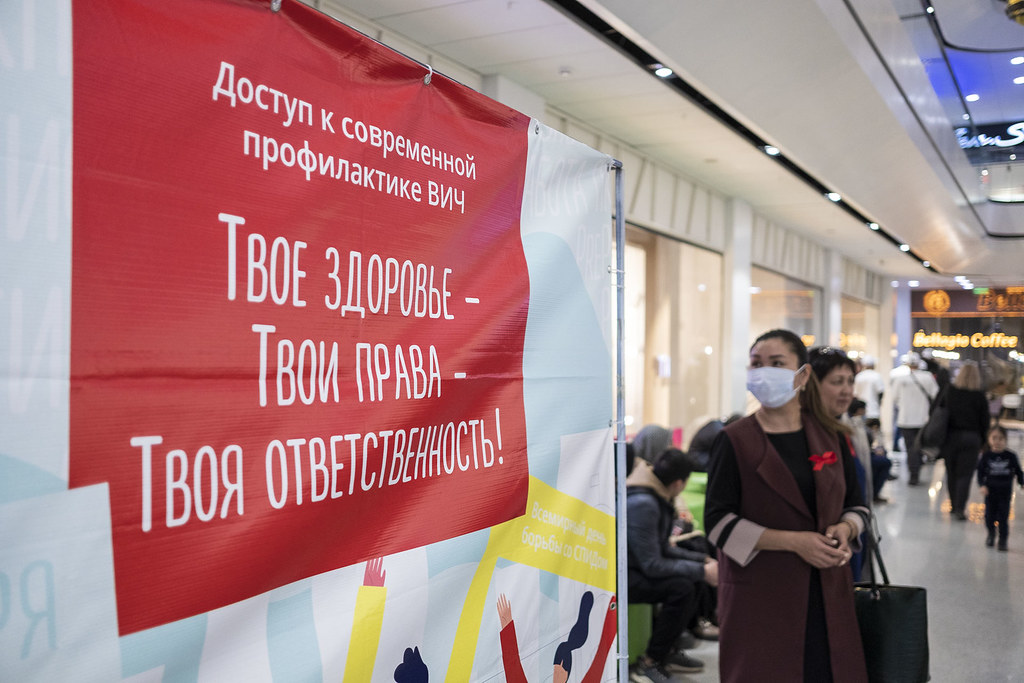 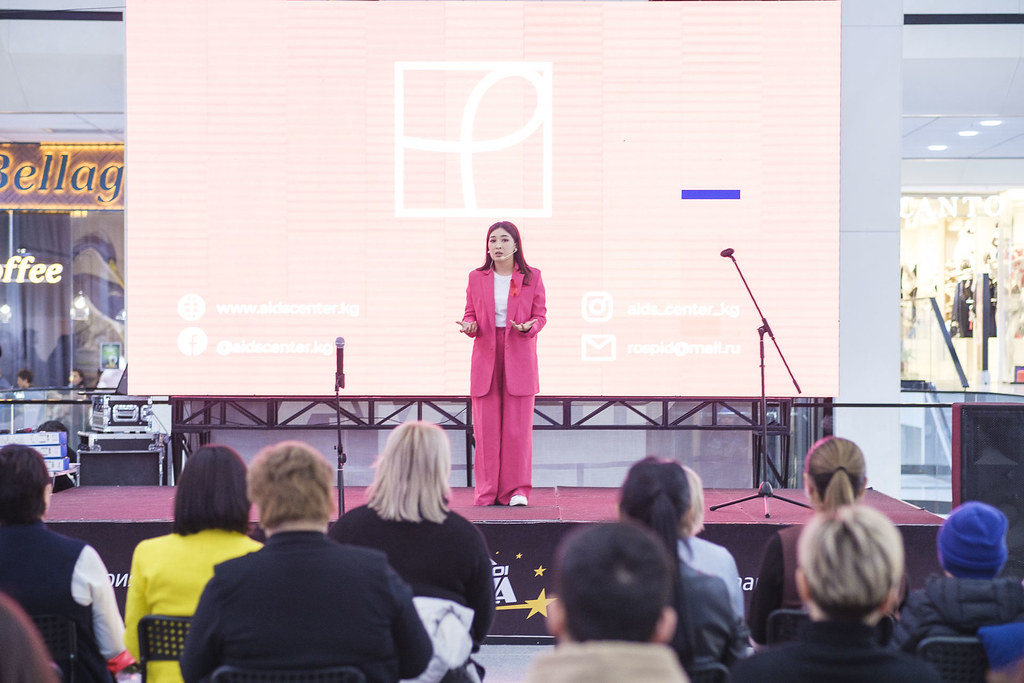 On 3 December, actor Mr. Jenish Mayrambek uulu met volunteers of youth organizations that work to promote sexual and reproductive health. Young people raised the issues of Internet bullying, sexual education for youth and talked about the involvement of popular and famous people in HIV prevention and treatment programs.

As of November 1, 2021, 1,106 cases of HIV infection are registered in Kyrgyzstan (cumulative). During the first 11 months of this year, 665 new cases of HIV were detected. During 9 months of 2021 more than 400 thousand people were tested for HIV in Kyrgyzstan, sexual transmission rate made 81.3%.

According to Ms. Meerim Sarybaeva, the UNAIDS Country Director in Kyrgyzstan, “Stigma and discrimination against people living with HIV and communities at high risk of HIV infection play a negative role in responding to HIV infection. Citizens are afraid to be tested, people living with HIV do not want to visit health facilities. Now it is important for us to show that testing is even more accessible and that HIV is a chronic disease that can be successfully controlled and treated”.

Other entities involved in this initiative