The power of Mother’s love

On Mother's Day we’d like to share the stories of successful mothers-entrepreneurs who have realized their business idea with the support of UNDP projects. 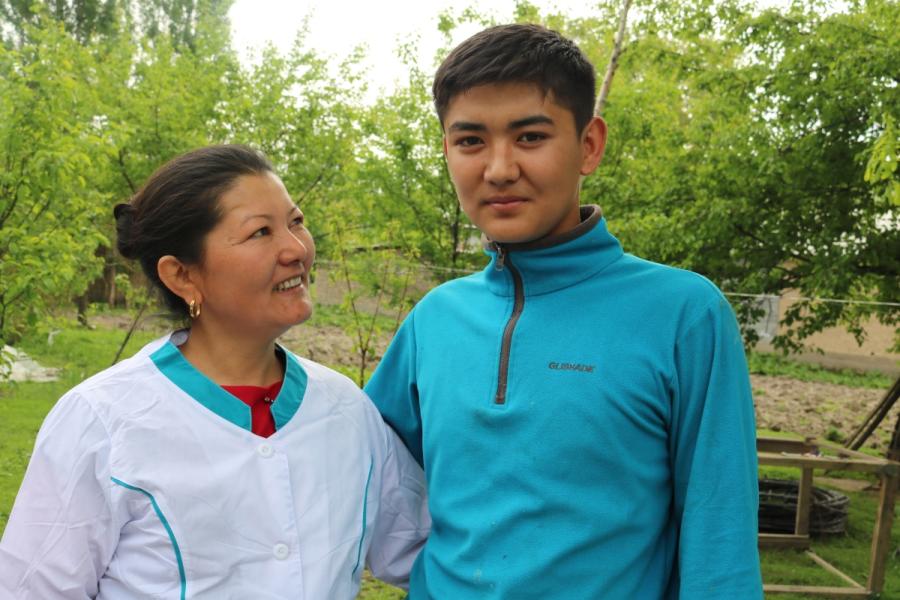 Since 2012, on the third Sunday of May people in Kyrgyzstan celebrate Mother's Day. These days we’d like to share the stories of successful mothers-entrepreneurs who have realized their business idea with the support of UNDP projects in Kyrgyzstan. As, for example, it happened with Chinara Dzholdosheva from Sherali village of Uzgen district (Osh province). A single-mom and now a business owner, who won all the hardships to turn her hobby into a profitable business and give her son an opportunity to get higher education making teenage dream come true!

Thirteen years ago, as a young mother, Chinara lost her spouse in an accident, then she had to leave to Russia for earnings, where she worked in a local bakery. Her only child became Chinara’s main inspiration in life after suffering the grief. In those years, she went through many difficulties and worked tirelessly to become a professional in her field,

“I felt twice as responsible for my son who did not have a father next to him. Nothing motivates more and makes to pull yourself together than the desire to help your child become a successful person against of all circumstances. Last year my son graduated from high school and entered the construction and engineering college. My work contributes to the realization of my son’s dream to become an architect and to get a quality education.”

While working in Russia for seven years, Chinara have been always thinking about starting her own business. Having saved up some money and realizing that she could work for herself, Chinara returned to her native village with an idea to open a similar bakery in her village.

“I do not claim that I have a lot of theoretical knowledge, but I have practical experience. Since 1992, I started to take orders and bake bread, at first, from people from my neighborhood, then I learned a lot from work in Russia, where our bakery held annual exhibitions of bread and loaf products, and we also attended demonstration events of other bakeries for advanced training. Last year I’ve graduated from the short-term professional courses “Baker-Pastry Chef” and took part in a UNDP project to receive a small business grant, which was an important step to start my own business,” says Chinara.

Recalling the most difficult in starting her business, with a smile she shared about obtaining permission to connect electricity to the bakery. “There were a lot of attempts and letters. I would never have thought that such a trifle would be the biggest barrier to start my business. In order to resolve this issue, I reached the Prime Minister of the Kyrgyz Republic (!) and, through an appeal by the deputy of the Jogorku Kenesh of the Uzgen district, received a positive response. During one of his public speeches on regional development, he gave an example of my case and personally ordered to monitor its fastest resolution.”

To organize her bakery workshop, Chinara has received a bakery equipment from the side of the Programme, including 2 ovens, a dough-maker, a steam cabinet, baking molds and two cutting tables. Currently, the bakery employs 5 people in one shift and produces two types of bread – so called “brick” bread or loaf and the traditional flat bread, as well as several types of sweet buns, biscuits, etc.

Bread products are sold throughout the Karool municipality as this bakery is the only one there. “Starting from spring to autumn, we have so-called “wedding” season. We receive a lot of orders for sweet pastries, which are used as treats for the festive table. However, my main goal for this year is to win the tender for the supply of bakery products for local schools. The necessary documents have already been prepared and filed, I am waiting for the tender results. For me it would be not only an excellent opportunity for a stable income, but also an inner satisfaction that our children will receive high-quality fresh pastries.”

Chinara plans to expand her business, increase the number of workplaces, open a confectionery shop where sweet bakery products and cheesecakes will be made, which are not yet available in her village.

Our heroine is a vivid example of the fact that women in our country are not only responsible for raising children, family life, but also successfully engaged in economic activities, despite the enormous workload. For this reason, UNDP in the Kyrgyz Republic contributes to the empowerment of women so that they can resist the prevailing stereotypes that "women have a place in the kitchen" or "is in raising children." Respect for women's rights, including the eradication of all forms of violence, is one of the main components of a country's welfare, where supporting economic independence plays an important role. The initiative to open this bakery was supported by the UNDP project “Integrated Development of Osh province”, funded by the Government of the Russian Federation. 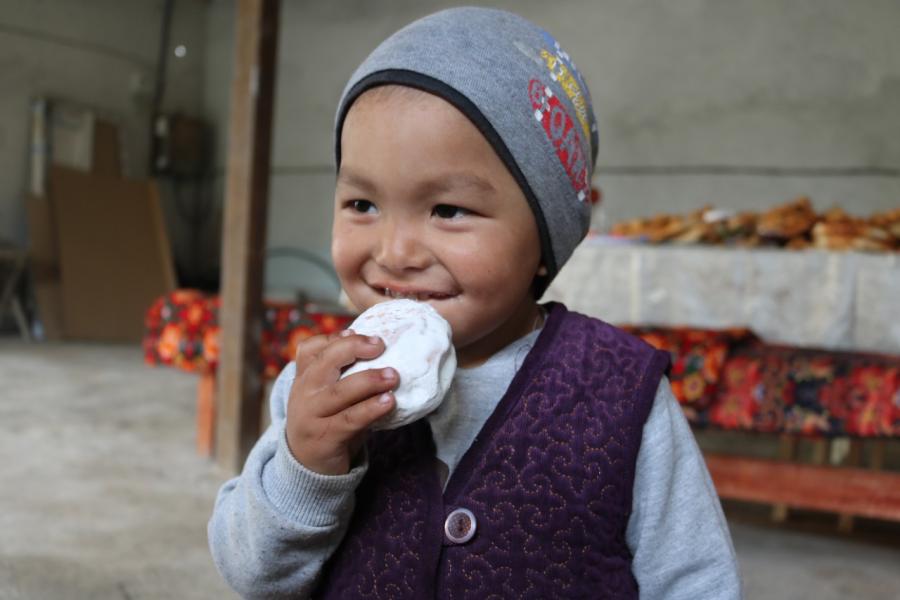 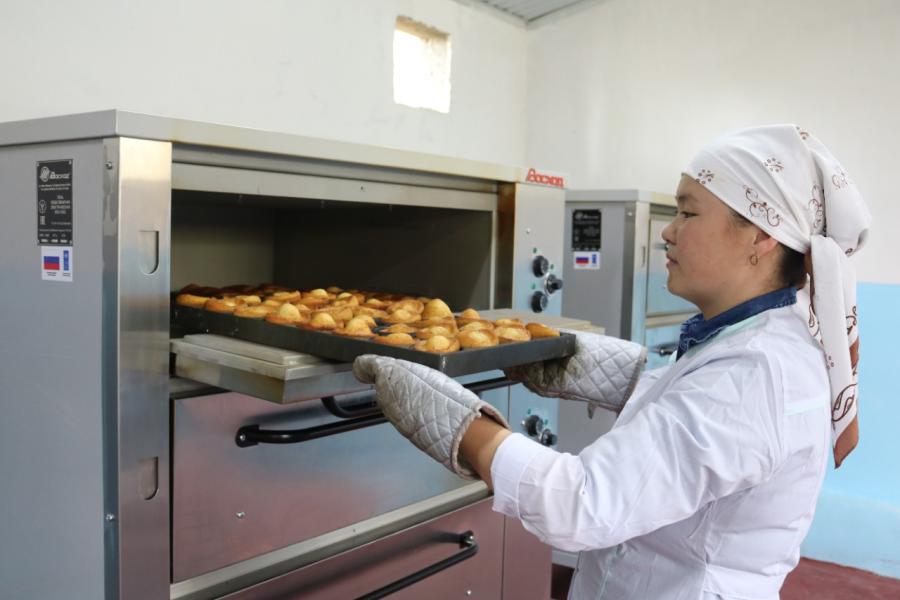 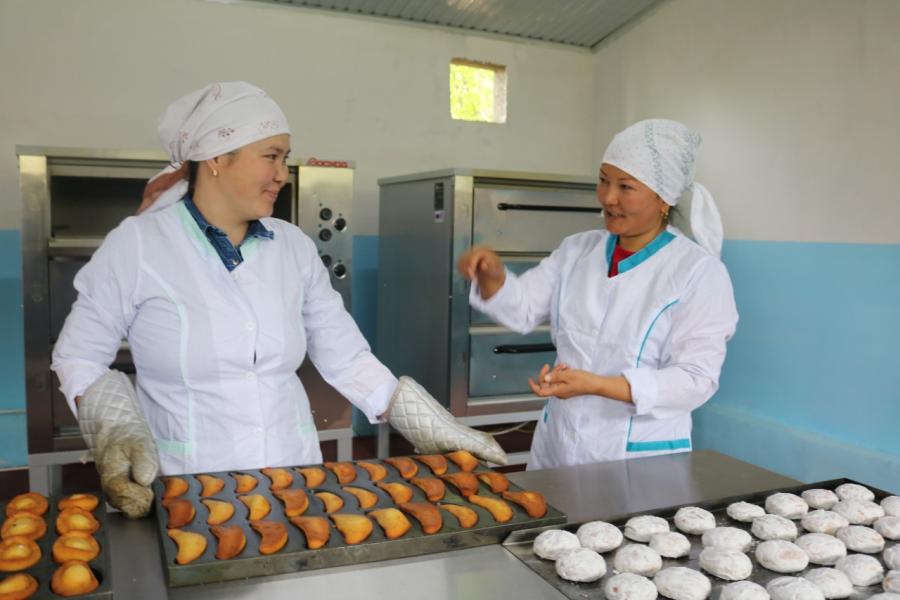 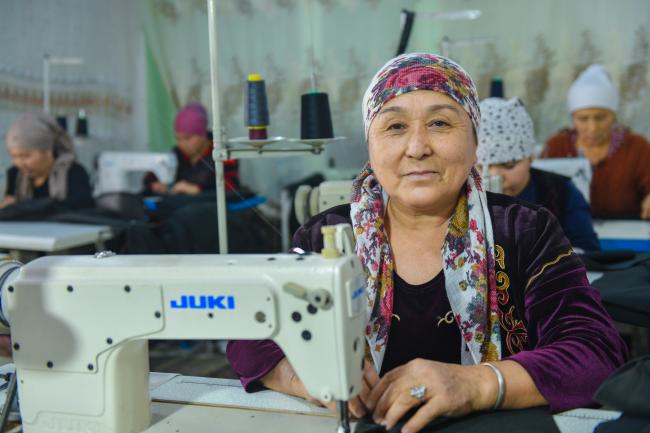 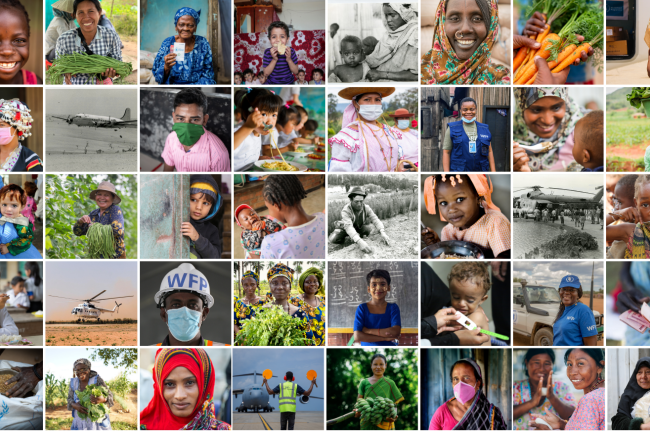 Nobel Peace Prize 2020: A Reminder that Food Security, Peace and Stability Go Together 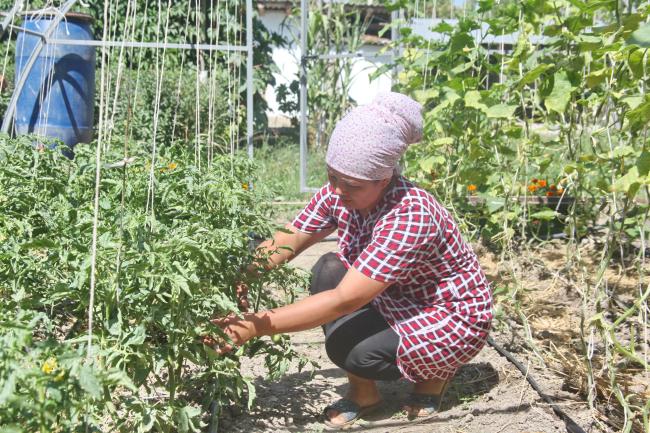 Bringing social projection and agriculture together: how poor families in Kyrgyzstan withstand the COVID-19 crisis

An unprecedented public health emergency has baffled the entire world, reaching its most remote and isolated areas.