The United Nations Entity for Gender Equality and the Empowerment of Women (UN Women) is joining hands with the Japanese Government to respond to the urgent needs of women and girls in marginalized and vulnerable communities in Kyrgyzstan during the COVID-19 pandemic.

With the contribution of USD 270,000, the one-year project will aim to enhance women’s access to basic services; support them in restoring their economic activities and livelihoods; strengthen security, rule of law and social cohesion; and support migrants and displaced people impacted by the crisis. The main goal of the project is to improve access to livelihood opportunities, skills development and gender-responsive policies for rural women affected by COVID-19 crisis in Naryn, Osh and Jalal-Abad regions.

500 women from poor and vulnerable households, including migrant women, women living with family members with disabilities, women with more than 5 children, ethnic minorities and rural women in vulnerable communities from the three regions are expected to benefit from the project.

The COVID-19 pandemic revealed that overall unpreparedness to crises in Kyrgyzstan is having devastating consequences for social and economic wellbeing and livelihoods of rural communities, especially women. Movement restrictions could be the cause of disruption of production and processing of food during the agricultural season, posing severe risks to the incomes and livelihoods of farming women, who already face economic insecurity due to limited financial resources and climate change. 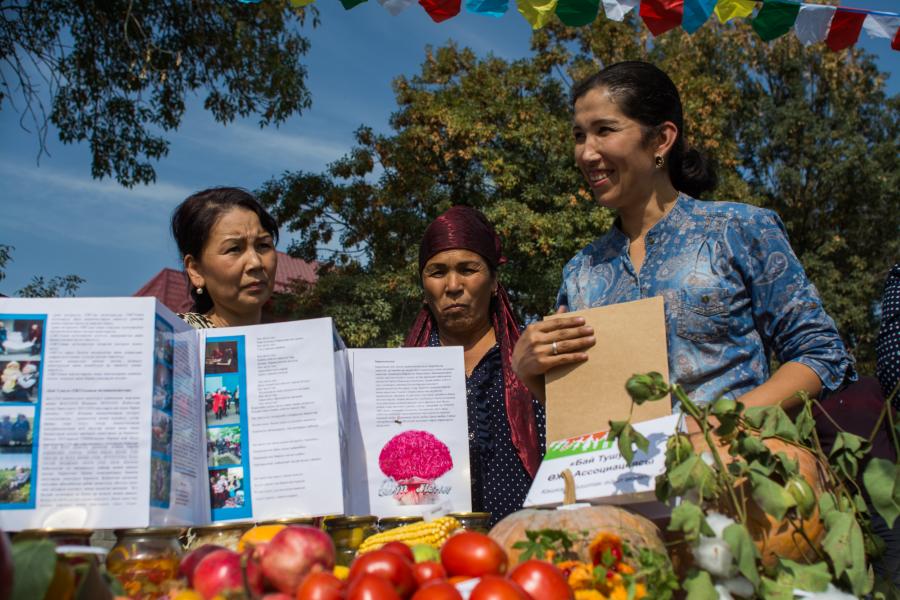