The Fund first aided Kyrgyzstan after inter-ethnic violence and political crisis erupted in 2010 with a package of $10 million for activities covering the transition until elections in November 2011.

In September 2013, the Fund approved $15.1 million priority plan under the PRF modality. In late 2014 PBF approved an additional $1.6m for two Immediate Response Facility projects in line with Secretary General’s Seven-Point Action Plan on Gender Responsive Peacebuilding. In late 2015, a $3million cross-border project with Tajikistan was approved ($1.6m for Kyrgyzstan and $1.4m for Tajikistan).

A new PPP, approved by the PBF in December 2017, seeks to curb radicalization and violent extremism, including improving the State’s relationship with communities vulnerable to radicalization, improve the penitentiary system to stem the spread of radicalization, and address marginalization of women and youth. 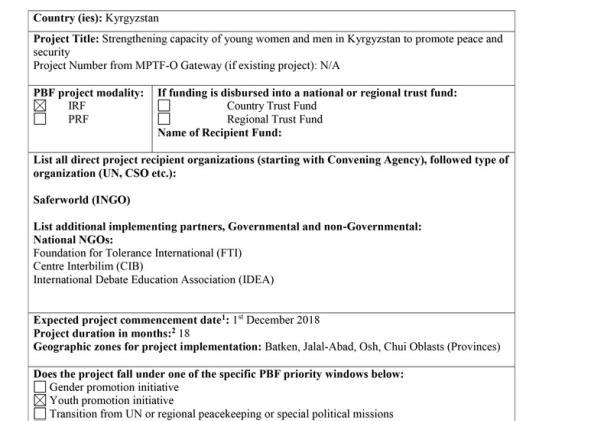 Jash araket: Strengthening capacity of young women and men in Kyrgyzstan to promote peace and security 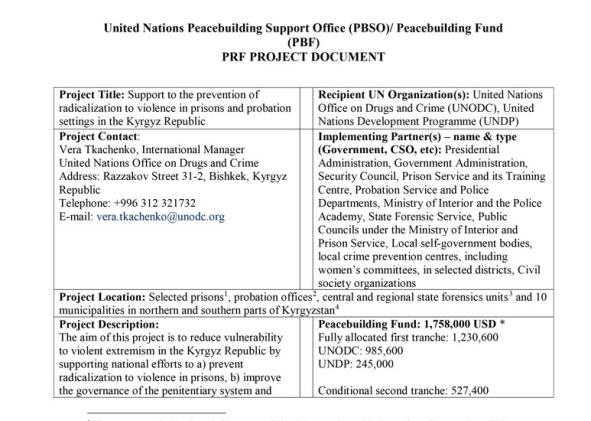 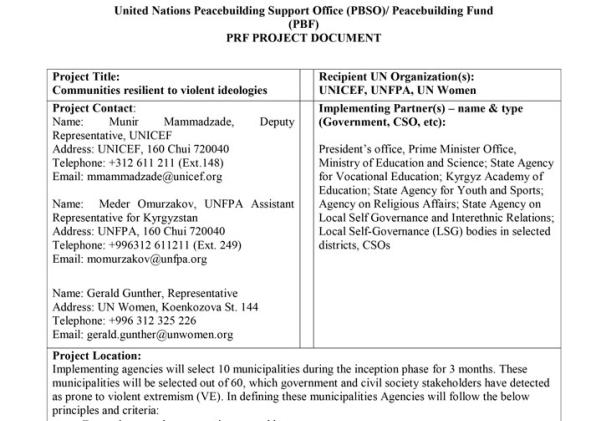 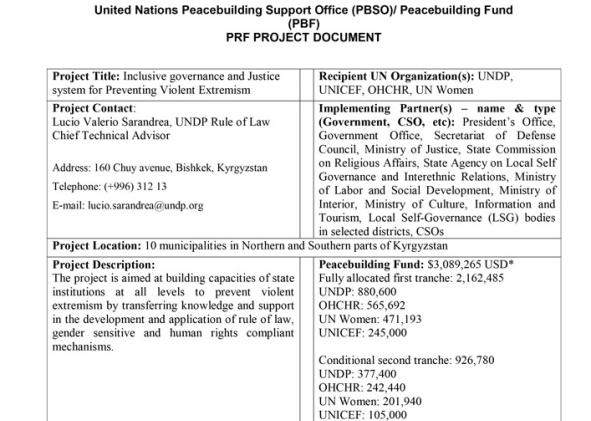 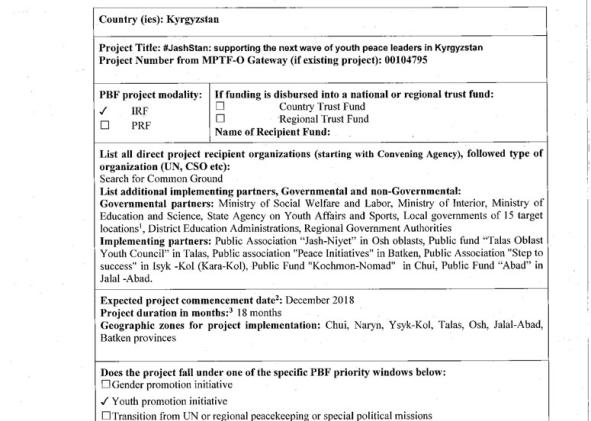 #JashStan: supporting the next wave of youth peace leaders in Kyrgyzstan (Phase 2) 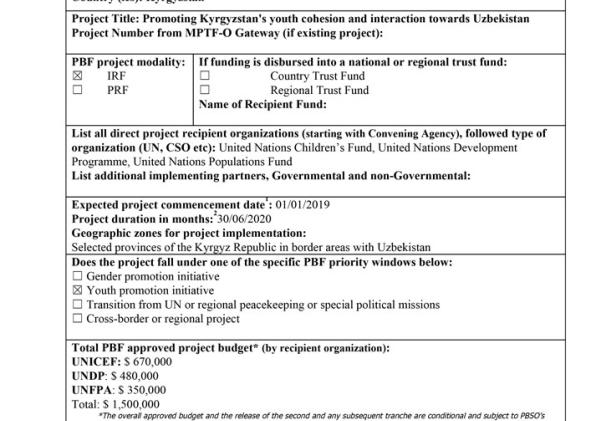